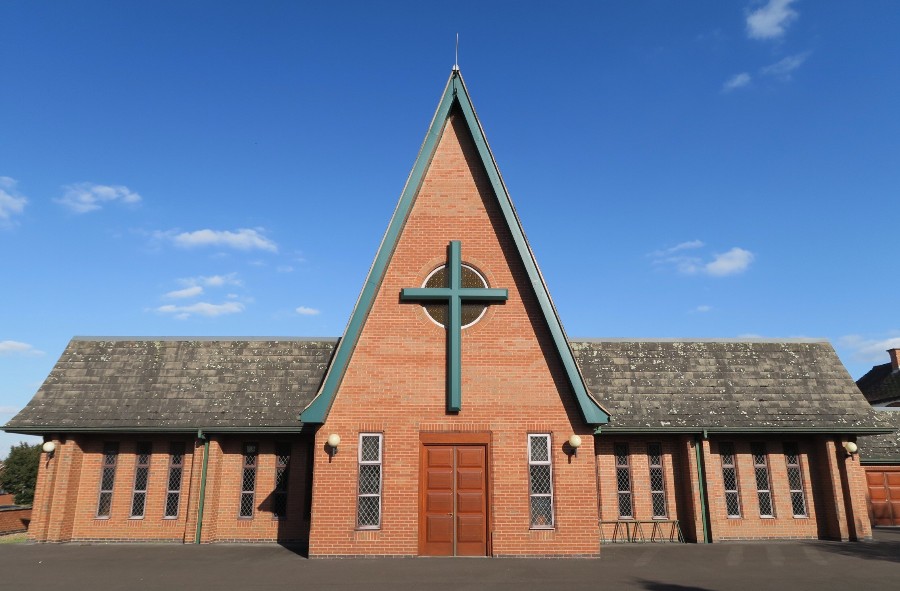 History of the Parish of St Theresa’s Birstall

In 1938, Birstall was still very rural, with country lanes and motor cars few and far between. Two villagers, Bernard Donaghue and Paddy Fells, called at the Wanlip Lane home of newly-weds and fellow Catholics, Maurice and Gwen Joyce, to welcome them to Birstall.

Friendships quickly grew and during a discussion about the distances needed to attend Mass in other areas, they thought it might be a good idea to try and find out just how many Catholics lived in the village and surrounding area. After much door knocking, a group of about 30 were identified. An outing to Mount St. Bernard near Whitwick created new bonds and the beginnings of a new parish began to be established.

Maurice Joyce approached Canon George, Parish Priest of Our Lady’s in Belgrave, who suggested that he contact the Rosminians at Ratcliffe College. Maurice then cycled over to meet Provincial Father Hickey, who agreed to help in whatever way he could, arranging for Fr. Fevez from Sileby to say Mass in the village. Miss Dawe, who ran a private school on Curzon Avenue, Hillsborough School, gave permission for her premises to be used. Sadly, the school closed a short time later but, undeterred, other venues were found to hold Mass, but a more enduring solution was needed.

Further progress was made when Father Horgan, from Ratcliffe, was asked to continue serving the parish and a rather neglected plot of land on Wanlip Lane (next to Timlock’s shop) was purchased. Father Horgan was given permission to stay at weekends with the Joyces, eventually moving in with them full-time. They gave over their two front rooms to him and Mass was said every day with their sideboard as altar.

Meetings thus began regarding a new church building. The outbreak of war did not diminish their determination and in 1940, building work began. Bishop Dunn laid the foundation stone in June of that year. Although the church was completed by November, the first Mass was said in January 1941.It was dedicated to St. Theresa of Lisieux, to whom Fr. Father Horgan had a strong personal devotion. The Joyce’s newly arrived baby, appropriately named Theresa, was the first child to be Baptised in the church.

The design of the building meant that the altar could be partitioned off with folding doors, allowing it to function as a social hall when required. Although it was built to be a temporary structure, it was still in use as a church forty seven years later and remains in use as a children’s nursery to this day. Throughout this time, the parishioners received the continued service of the Rosminian priests. Father Horgan stayed with the Joyce’s for the next three years, eventually purchasing the old Post Office on Front St. which became the presbytery. 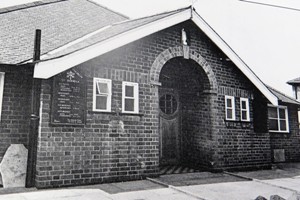 Birstall’s continued residential development in the post war decades meant that the church could no longer accommodate its growing congregation. Discussions about building a new church began in 1985 and the land adjacent to the presbytery on Front St. was earmarked for the site. Fr. Joe Mullen blessed the ground on October 3rd 1986 in preparation for the work and a plaque dedicated to generous benefactors Hugh and Edith Murphy was unveiled. Construction work began on the new church and adjoining presbytery on April 3rd 1987 and would continue throughout the year.

The very last Mass in the old church in Wanlip Lane was celebrated  on Saturday February 27th 1988, after which the congregation  led by Maurice Joyce processed to the newly completed church, many carrying silverware, altar linens, statues and many other items, ready for use at the first Mass there Mass on Sunday February 28th.  An Earlier Mass had been celebrated for the Murphy family presided over by Bishop McGuinness  and on Sunday 28th February 1988 the first official mass was celebrated at the New St. Theresa’s.

Much has happened since the opening of the new church on Front St and the parish continues  to thrive and  grow and is an integral part of the community of Birstall.  We must however remember the unbroken service of our Rosminian Priests with their dynamic personalities and who are greatly respected.  Fr Horgan our first parish priest, Fr John Jermyn, Fr Tom Driscoll, Fr Arthur Holland, Fr John Walker, Fr Bill Gates, Fr Tony Tynan, Fr Joe Mullen, Fr Ray Bunting, Fr John Daley, Fr Keith Tomlinson and now Fr Saji Dominic. We thank God for them all and what they gave of themselves to our parish.

A quote from Tom Concannon:

“Let us thank God for the gift of our Catholic faith, and let us never forget what we owe in gratitude to those few – clergy and laity – who pioneered the way for the rest of us to follow as the Catholic Community of Birstall”

A  Reminiscence by Monica Osborne

I came to Birstall in 1933 at the age of 18 months.  We only had the Sacred Heart Church at Rothley for mass.  I only remember Fr Horgan as Parish Priest when I was around 5 or 6.

As we had no church in Birstall, we had to rely on buses to get to church and sometimes they would be late.  Fr. Horgan therefore arranged for the Birstall congregation to hear mass at the Birstall Social Club every Sunday morning. (I am not absolutely certain but I have the feeling that Fr Horgan stayed with Maurice and Gwen Joyce for a while).  He was so determined to get a church built in Birstall and was constantly trying to raise money for that purpose and eventually the foundation stone for St. Theresa’s Catholic Church Birstall was laid around 1939.  I had my photo taken standing next to that stone.

Fr Horgan had a sliding door fitted across the altar which cut it off from the main body of the church, thus enabling him to have whist drives, beetle drives, dances and bazaars etc still raising money for a Presbytery and so purchased the Front Street Post Office for that purpose and extended it to accommodate a housekeeper. My father George Russell and Maurice Joyce set to cleaning and redecorating it making it ready for Father to move in.

George Russell, Maurice Joyce and Wilf Southall all worked together on the social side making ready for the various fund raising activities.  My mum Mabel Russell, Gwen Joyce and Mary Southall organised the teas and refreshments and collected the money at the door.  Gwen Joyce used to be in service as a cook and made the most delicious cakes and her husband was the compare at the dances which were well supported on a weekly basis.

When I was old enough Fr Horgan left me in charge of laying out the vestments for Sunday masses and holy days and keeping the alter candles free from wax drips and renewed when necessary and getting the hosts ready for blessing.  One weekday mass he asked me to be a server as there was no one else.  I was nervous but you never dare say no to Fr Horgan, until one day, he said he was praying for me to be a nun and it frightened me to death so I gave up the job.

My Aunt Kitty Russell was housekeeper for a time until she went to work at Ratcliffe College, so it was a family and friends, a sort of committee who all pulled together and ultimately it was Fr Joe Mullen who worked to give us the beautiful church we have now, St. Theresa’s.

Fr Joe was another persuasive man who asked if I would housekeepr for him for a month until he found someone.  I said one month and no more.  I was there for well over a year. 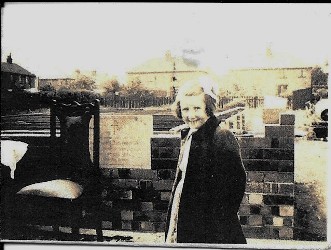